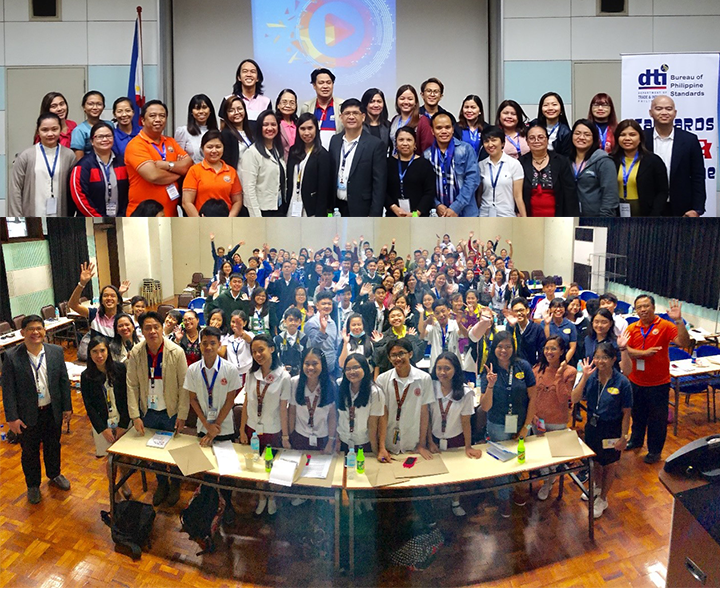 The DTI-BPS with the coaches and contestants of the 9th Standards Essay-Writing Contest, 3rd Standards Poster-Making Contest and Seminar on the Use of Media for Consumer

The Department of Trade and Industry-Bureau of Philippine Standards (DTI-BPS) successfully celebrated the 45th National Standards Week (NSW) to observe the 50th World Standards Day (NSW) by conducting activities that aims to strengthen the participant’s awareness of the importance and relevance of standards in their daily lives.

The program and activities emphasized the importance of standards; benefits of standardization; and relevance of conformity assessment procedures.

The NSW celebrated every October 08-14 of each year, adopts the WSD theme, “Video standards create a global stage” that focuses on the role of how advances in video technology has changed our world, revolutionized entertainment, connected friends and families across the globe, enriched our communications experiences, and enabled major improvements in medical care and education. The WSD is also an annual event, celebrated every 14th of October, that pays tribute to the collaborative efforts of the thousands of experts worldwide who develop the voluntary technical agreements that are published as International Standards.

Last 11 October 2019, the DTI-BPS began its NSW celebrations with an Enhanced Standards Blitz Programme and the 9th Standards Essay-Writing Contest, 3rd Standards Poster-Making Contest and Seminar on the Use of Media for Consumer Protection, at the Philippine Trade Training Center, Pasay City. 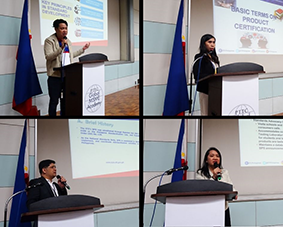 The DTI-BPS, in partnership with the Department of Education – National Capital Region (DepEd-NCR) and ABS-CBN DzMM’s Konsyumer At Iba (KATBP), started the NSW event with an Enhanced Standards Blitz Program or Orientation on Standards and Standardization, that intends to raise awareness on product safety based on the Philippine National Standards (PNS).

Through this program, the DTI-BPS intended to create an impact on the buying public by effectively imparting the relevance of standards in their everyday lives.

The secondary level students of public schools in the NCR competed again for the Standards Essay-Writing Contest (SEWC) and Standards Poster-Making Contest (SPMC). The SEWC, now on its 9th year, had 18 contestants from the districts of Caloocan, Makati, Mandaluyong, Manila, Muntinlupa, Navotas, Pasay, Pasig, Quezon City, Taguig-Pateros and Valenzuela. Emerging as champion is Erin Nicole Felerino of Valenzuela City School of Mathematics and Science, with her essay entitled “International Standards: Our Oxygen”, while Reighne Evangelista of Makati Science High School and Angela Mariel Rivera of Valenzuela City School of Mathematics and Science placed 1st and 2nd , respectively.

The awarding of winners of the SEWC and SPMC were held last 19 October 2019 during the DTI’s Konsyumer At Iba Pa (KATBP) radio program in ABSCBN’s DzMM. 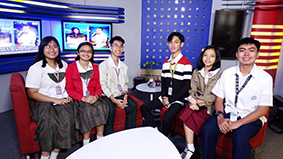 Seminar on the Use of Media for Consumer Protection 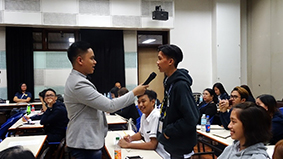 Mr. Zhander Cayabyab actively joins the students during the Question and Answer session

In addition to the contests, the DTI-BPS also held a seminar facilitated by DTI-BPS’ Ms. Marie Camille B. Castillo and DzMM TeleRadyo Anchor Mr. Zhander Cayabyab. Students and teachers/mentors from participating schools of the SEWC and SPMC were invited to attend the afternoon session.

Mr. Zhander Cayabyab gave a discussion on the importance of the basic consumer rights and how media is used to protect the welfare of the consumers. He also stressed the importance of citizen journalism in reporting issues and concerns in their respective communities. 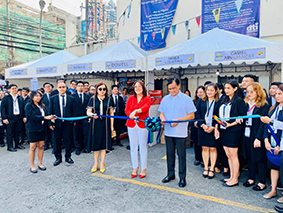 The DTI-BPS’ Certified Products’ Market has teamed up with the DTI-Consumer Protection and Advocacy Bureau’s (DTI-CPAB) Diskwento Caravan for this year’s mini-market. From 14-16 October, the following exhibitors sold products at discounted rates at the DTI Head Office: 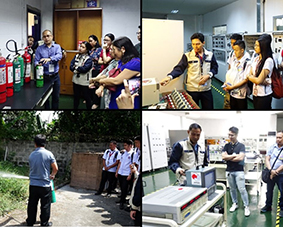 The DTI-BPS’ Testing Laboratory opens its doors to interested participants to strengthen its partnership among government, industry sectors and academe to mold vigilant and responsible consumers.

The DTI-BPS is the National Standards Body of the Philippines. It is the country’s member to the International Organization for Standardization (ISO) and in the International Electrotechnical Commission (IEC).